11 Things for a Woman to Note While Watching a First NASCAR Race, Start to Finish, on TV

1.   There is a serious amount of praying before the race.
2.   You realize people could lose their lives shockingly suddenly, and perhaps all that praying isn't just a going-through of the motions.
3.   There is no point to a grass divider between the track and the pit.
4.   A woman behind the wheel races a lime green car; she stays with the top pack for 200 full laps, avoids a series of nasty multi-car crashes and even leads a lap for the first time in history. If you are a woman watching this, no one could ever have convinced you the degree to which your heart would swell with pride.
5.   Just the sight of the M&M’S logo will make you crave M&M’S.
6.   This desire will not happen if you see a logo for a hardware store or network service.
7.   Anything, and that means anything, flying off one of those race cars during the race immediately turns into a piece of shrapnel.
8.   Face it. Men race car drivers look homely and half-baked. How on earth could this ever happen, no one really knows, but their wives are stunning.
9.   What is wrong with a little side bumping occasionally?
10. Ear muffs are not an elective. They do not, however, come in pink or animal print.
11.  Next week, when you are physically at your first NASCAR race, try very hard not to act as if you too, could drive 196 miles an hour, given half a chance. Don’t forget to remind the folks you can’t drive stick; it would have to be automatic. Take note of how far over they bend at the waist, howling with laughter.
Posted by Cynthia at 11:49 AM No comments:

"The Next Big Thing" Interview 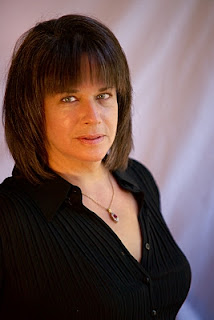 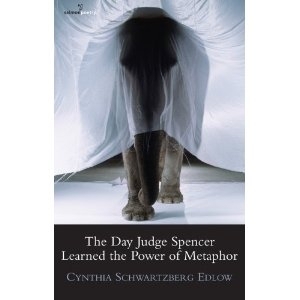 I have been tagged to participate in “The Next Big Thing” Interview Series. My deepest thanks to the multi-talented and gifted poet Helene Cardona for inviting me to respond to some questions about my poetry collection, published by Salmon Poetry in 2012. Helene is the author of several books, and now currently, Dreaming My Animal Selves, forthcoming from Salmon Poetry in March, 2013. Her Facebook Fan Page is: https://www.facebook.com/HeleneCardonaFanPage?fref=ts

TNBT: What is the title of your book of book of poetry?

THE DAY JUDGE SPENCER LEARNED THE POWER OF METAPHOR.

TNBT: Where did the idea come from for the book?

No single idea created this book. The poems here were born from the theater of human behavior I’ve participated in or been witness to for some long time. I’m always aware that my job is to be present, take note and document the findings. The poeticizing of the findings comes afterward, in the working of the craft. These are poems that are placed in personal familial surroundings, work or woodland surroundings, the gravity of courtroom events, the medical examiner’s table, the points of view from birds and widows, and reminiscences of young minds and those more experienced. Most of all, you’ll find the recurring theme of the sometimes bewildering, sometimes soothing, circuitousness of the astonishing qualities of the world’s machinery, no matter how much we as humans attempt to intercede or concoct.

TNBT: What genre does your book fall under?

This is a book of Poetry.

TNBT: What actors would you choose to play the part of your characters in a move rendition?

Well, let’s see. The Chief Medical Examiner is based on a real person, who himself is brilliant, charismatic, moody and excruciatingly frustrating. So I see Peter O’Toole perfectly fitting that role. All the attorneys and judges are based on real individuals also – so I’d see Mark Ruffalo and Mickey Rourke as attorneys, because they’re great actors and they can turn on a dime from quirky to lethal; Sissy Spacek would play the recurring female attorney who possesses a brilliant mind and some madness in her blood. The judges: off the top of my head, I see Jason Robards wearing a robe, and the exemplary Jack Lemmon, too. And in some of the lust poems, of which there are quite a few, when there’s a steamy love scene ahead, just insert Robert Mitchum, because he’s been my dreamboat since I was 8-years-old – so what point to stop now? Sidney Poitier, love interest fantasy marriage material. Invariable that most of my favorite actors are no longer with us. They really don’t make them like they used to.

TNBT: What is the one sentence synopsis of your book?

Life, as we know it, is extraordinary and precious, and a privilege to experience – it is not bestowed to us by right, but by peculiar, engaging and unlikely accident.

TNBT: How long did it take you to write the first draft of the manuscript?

There never was any “first” draft of this manuscript. I was working on my Master’s Degree in the mid ‘80’s, writing and publishing poems, and I won a very sweet award from the National Poetry Competition Chester H. Jones Foundation during that time. The judges were Robert Creeley, Charles Wright and Diane Wakoski. Shortly thereafter, I had a poem published in The American Poetry Review and I thought surely I was sailing on the poetry river. Soon after that, I completely stopped writing – a cold hard stop – for a period of almost ten years. When I began writing poetry again, around 1998, it was with a more knowledgeable vigor and mature poetic voice. In retrospect, it could not have occurred in a better fashion for me. The time spent away from the page allowed me to truly uncover my poetic self. I was very fortunate. As I began writing again, the poetry came strong and fast, and probably 95% of the poems in the book were picked up by literary journals, anthologies and awards, and I began seeing various themes naturally generate from the work being created. So, the short answer is it took twenty years to write this book. My next collection-in-progress will take three years at the most. That’s called mastering the art of condensing time!

TNBT: Who or what inspired you to write this book?

Of all the questions, this is the most difficult, but satisfying, for me. My primary inspiration is music – soul, rhythm&blues, the blues, rock&roll.  It’s what influenced me before I even knew what poetry was. I was listening to The Coasters, The Temptations, Aretha Franklin, Otis Redding and myriad others way before I’d ever heard of Yeats, or Bishop or William Matthews or Sharon Olds. The sound of the music – the voices, the harmonies, the instruments, all combined together – was how I interpreted how my poetry should speak itself and be read. An important thing to mention is, it was also these amazing colorful, potent, imagistic lyrics that just swelled into my heart and mind. So when I turned to my own poetry, it became about infusing specific kinds of rhythm and language forms into each line, each phrase, each image. It’s not about rhyming; it’s about a soulfulness.

TNBT: What else about your book might pique the reader’s interest?

Sex galore. And plenty of it. Death galore, at the hands of a master. The trials and tribulations of human beings traversing the battleground of legal troubles. Finding serious love in a world of chance. To use a phrase from my favorite artist of all time, Van Morrison, I hope you feel this book is permeated with “a sense of wonder.” It’s the greatest gift to possess in experiencing this world.

TNBT: Will your book be self-published or represented by an agency?

The Day Judge Spencer Learned the Power of Metaphor was published by Salmon Poetry Ltd., ’s groundbreaking, independent poetry publisher, and is distributed in the by Dufour Editions, in the by Central Books, , and in by CMD Booksource.

Heartfelt gratitude goes to my publisher, Jessie Lendennie, and to Siobhan Hutson, Salmon Poetry’s production manager. It is an honor to be a Salmon poet and affiliated with Salmon Poetry, Ltd.

****
It is with great pleasure and admiration that I introduce the following tagged poets and writers for next Wednesday’s “The Next Big Thing” interviews:
Charles Alexander http://www.chax.org/poets/alexander.htm
David Chorlton https://www.facebook.com/#!/david.chorlton.7
Beth Copeland  http://bethcopeland-writing.com/about/
Doug Molitor http://www.dougsdozen.com
John Morgan  www.johnmorganpoet.com
Posted by Cynthia at 6:09 AM No comments:

My "The Next Big Thing" Interview

Just a heads-up: Next Wednesday, February 20th, LitBridge, will be posting my reflective interview about THE DAY JUDGE SPENCER LEARNED THE POWER OF METAPHOR, including some of the aspects that led to the inspiration for writing the book, and even what actors I'd choose for particular characters in various poems. Check it out next Wednesday!
Posted by Cynthia at 9:34 AM No comments:

My Queendom for a Broom Closet 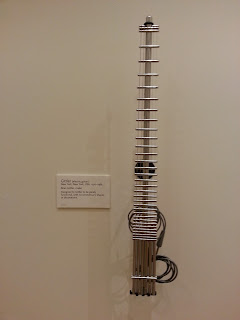 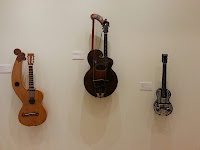 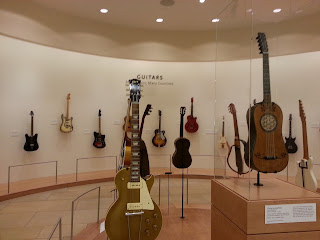 Here's a photo journey while I meandered through the mesmerizing Musical Instrument Museum in Phoenix.  I'm actually saving the very best photos for single blog entries. There was so much there that was so gorgeous that I truly felt the need to hide in a broom closet and live surreptitiously in the museum for a solid week. 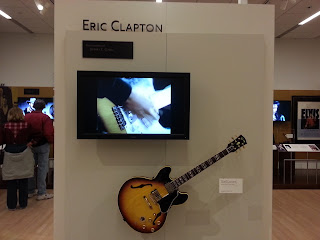 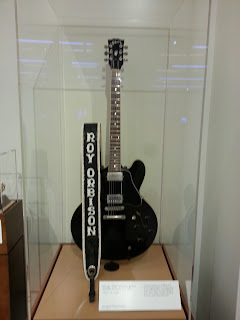 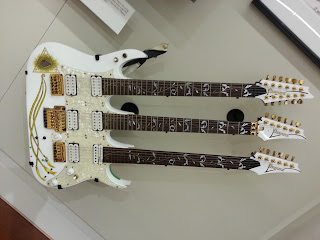 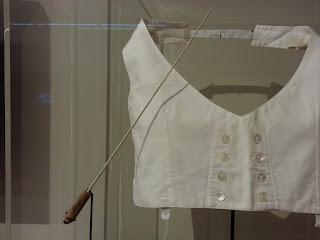 Elvis' cowboy outfit from the film, Charro, and written instructions for the cast to get in their clothes and be at the right location on time. Breakfast on the plane, no fancy stuff. Hey folks, this is show business: 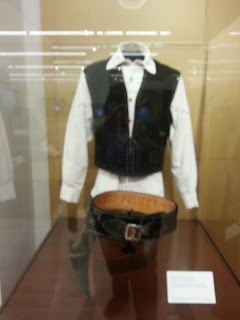 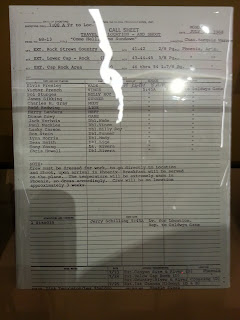 How cymbals are made: 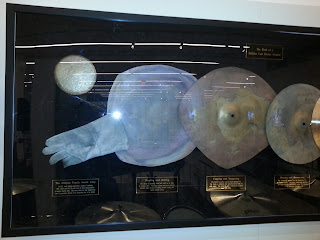 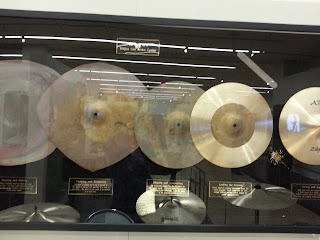 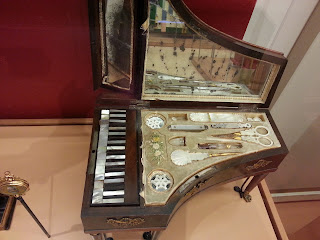 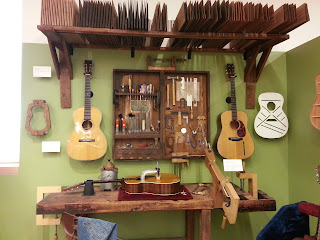 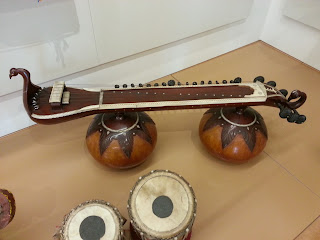 Of course, there's the Apollonia organ, still making music, every 2PM, every museum day. The accordians open and close, the bass drum booms, but no one appears to pull out the tenor saxaphones. Nevertheless, it's one hot show: 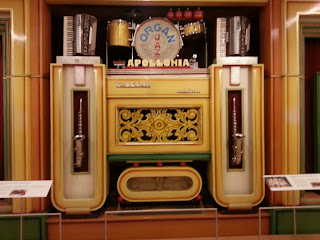 And the king of all beat: 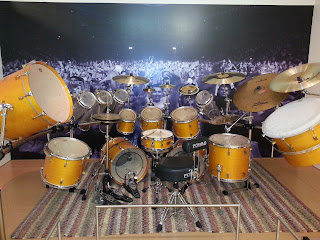 Simply the best. How I love music.

Posted by Cynthia at 1:39 PM No comments: