...and one real-life caped crusader... 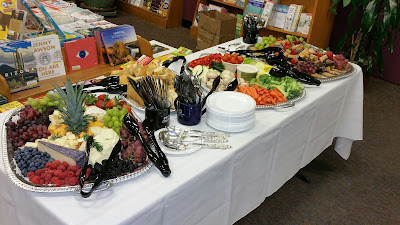 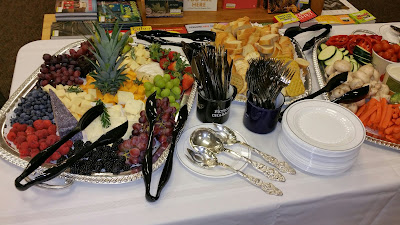 ~
Yes, Mom would say, "don't let the grass grow under your feet." Sure, you've heard that one.
So I won't. There's a new and third collection a' brewin' right now. Going to give it my all.
I've decided to call this period my National Poetry Summer: May 1-Sept 30.

Big Love to Everyone who came to the launch and made the celebration for Horn Section All Day Every Day so memorable and extraordinary. I never forget.

Oh, interested? I was waiting on you to ask! 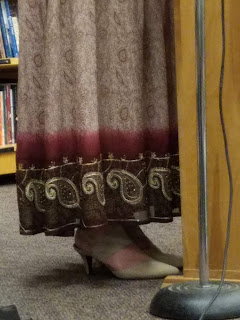 Only a thinking girlfriend would get a fab pic of the best portion of my outfit. And those unpinching shoes.

Posted by Cynthia at 5:08 PM No comments:

And so somewhere last month, April, that much-embraced month of poetry, just a short while after Friday the 13th, to me a rather blessed, lovely day, and better evening, I think somewhere between truth and fiction I ran full-steam into a concrete block wall and inside, my head rang like Quasimodo's bell. The taking of stock was at hand.
The aforementioned Friday had been the launch of my new, second poetry collection, of which I feel the kind of joy, satisfaction, pride, and relief a writer had been better feel, or as the great Sidonie-Gabrielle Colette had remarked upon another occasion, it would be for the writer "...time to lay aside the pen."

Further below in this post are a bunch of photos taken of the launch. But here are my favorite parts: 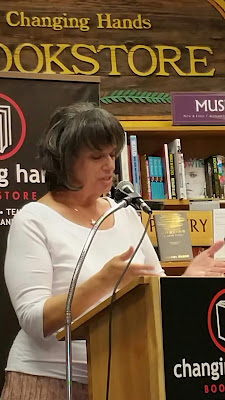 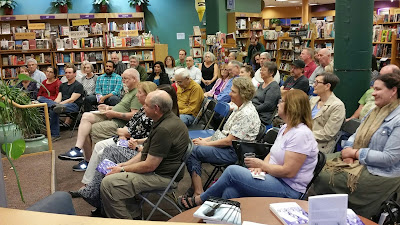 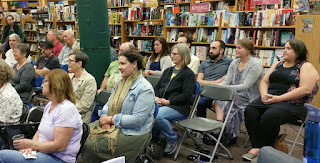 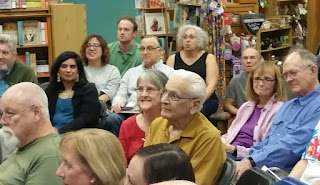 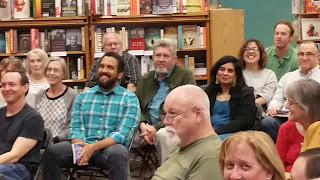 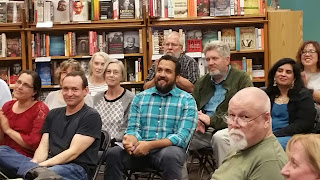 And so there has to be a part II since this blog won't let me load but so many photos per each post. And I haven't even shown off the buffet!
Posted by Cynthia at 4:00 PM No comments: