Trying to work my way into the first paragraph of any composition has always been the most difficult. I turn the thing over like I'm churning butter.

"Timing is Everything" -- a statement zapped at me when I worked one summer during college at a bank, spoken by the personal assistant to the president and owner of the bank. She was my mother's age. As soon as she said it, I knew I'd be chasing those words to make up missed or lazy steps my entire life, and I have. So every opportunity offered me I generally take, unless other factors have intervened.
Christal Rice Cooper asked me to participate in her blog series, initiated December, 2014, called "Backstory Of The Poem." It may not be Motionpoems, or Kaveh Akbar's fabulous interview web series either, but it was one thing: it was offered and it came to me without me hunting it down. Don't we all know what that means?
So I'm deciding not only will I participate, wholeheartedly, and happily, (in addition to taking on yet a second poetry-related essay request by another online source) but I am going to do the best job I can. First, by signing on to my own blog reportage-style. Second, by stating point-of-fact which poem I will drawing backstory from: to wit, "Wilser Lopez Would Like You," originally published in PLUME, April, 2016.
Third, by offering never-before-seen illustrations drawn by the gifted illustrator Mike Edholm. I love to show drawing process, if I can and if given allowance, so, proceeding below~

Stay tuned here for when the backstory is published on Cristal's blog. I'll let you all know!
Posted by Cynthia at 3:59 PM No comments:

I Have Joined the Poet Bloggers Revival Tour, Happy to Say

Heck, yeah, I'm excited! I know and love so many of these poets in this list. Hi Lee Ann, Hi Mary, Hi January, Hi Diane, Hi Susan, Hi Sandra, Hi Martha, Hi Amy, Hi Charles, Hi Jeannine, Jeannine, Jeannine!...what? didja think I'd stop? What a cool joy to participate in and have the ladies, and huh, look at that, fellas,  reinvigorate this tradition! Oh yeah, I'll carry the amps all y'all. You can't play without the amps, you know. I have to follow the caravan though; I drive like a bandit cop but I'm compass-wise challenged.

I'll start my blog year off with a slice of po news that wowed even me. I was in Tucson over the weekend giving a poetry reading, and stayed overnight. Sunday morning, lounging in the hotel bed, I receive a Submittable message -- and as most of us know, weekends are when these master editors sneak in their "thanks, yawn, but check you later" rejects---

and I'm geared up anyway for the release of my second collection, Horn Section All Day Every Day from my publisher Salmon Poetry, with its national launch at AWP in Tampa, sooo--

I am working on my 3rd poetry collection, slowly. Two poems written. I sent them out to a small, select group of magazines, thinking, well, they'll get some fresh air in the process. So, I'm looking at this email with one eye closed, giant comforter all cattywampus, coffee brewing, curtains drawn and it's 9:00AM, ha, and this wildly fabulous magazine has accepted one of the poems for publication! Essentially just written. The book itself probably four, maybe five years away from publication. FIRST poem acceptance for the 3rd collection! (Magazine to be named later after contract signed~) Darned right with the Happy New Year!

Don't stop 'til you get there! 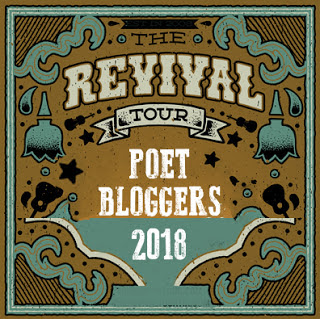