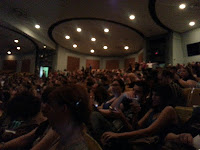 A very dedicated crowd inside

Gaiman signed the July/August Poets&Writers cover for me, which has his photo on it, and he looks just like Bob Dylan’s brother. Then he signed an interior page, kindly, and wrote, “Way to go, Cyn!,” his black marker pointing down to the notice of my winning of the 2012 Red Hen Press Poetry Prize for "Super Dan Comics Question Box Series # 18". That was sweet. Did he have to do that? No. He could’ve knocked his signature number down to 3,899. In his book, his inscription simply said “Dream.” My one question to him was rhetorical: “Do you know how fortunate you are to have an audience of this magnitude?” He nodded, and still I saw a sliver of suspicion. I am, and possibly will always be, freighted with this type of line-of-questioning from law. It can’t be unlearned, no matter how hard we in the field try. Then it was time to hunt down “But the Gentleman to my Right,” who typically couldn’t care less about the whole dang thing and was eating a chili dog from one of the food trucks outside. 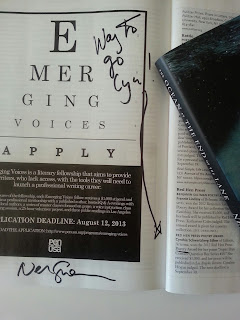 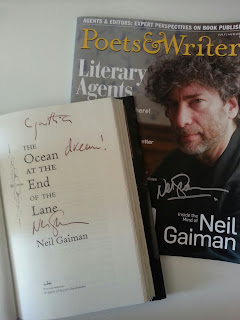 A few days before, I'd seen the great comedian Brian Regan at Stand Up Live. He was, as usual, stunning, in the ways he constructs his routines and sketches. This is a photo of not him, but the stage he was about to enter: 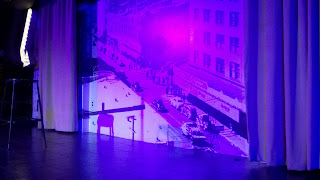 And then there's, oh this. Again, not something. Not law, the standard type of work I'm used to, but this, which is more heart-wrenching. Funny, for old comics to make you misty-eyed and wistful. Just another portion of real work for the hot summer. And, if they ask you if comics are a funny business, just tell them Cynthia sent you and it's a long row to hoe. 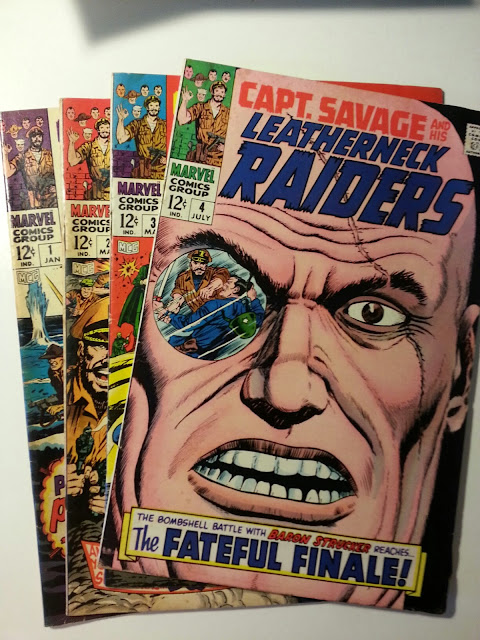 If they ask, and they might, all of it is worth it.
Posted by Cynthia at 1:27 PM No comments:

Some shots from my poetry reading at The Oliver House in Bisbee. 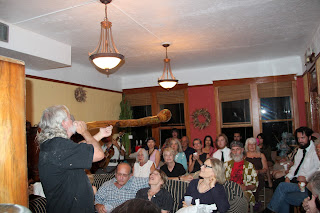 That long instrument, a didgeridoo, heralded the beginning of the event. We had a packed house, and I was fortunate enough to present for a genuine poetry-loving audience. It was a uniquely memorable night. The people of Bisbee were enourmously kind and big-hearted. I’ll want to return again very soon. If you’re looking for me in the crowd, I’m way in the back on the left, just in front of the open window. Working hard to get those sweet 50-degree nighttime Bisbee breezes. 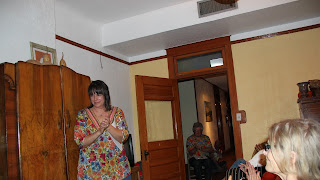 After reading from JUDGE SPENCER, I asked the crowd if they wanted to hear new work. Happily, they did, and that is what is cradled under my left arm. This shot is a reminder to me to forever remember not to wear floral prints when giving a reading. My excuse is: but I was told this was a community of ex-hippies! Am I off the hook if I just say: it's a tunic! 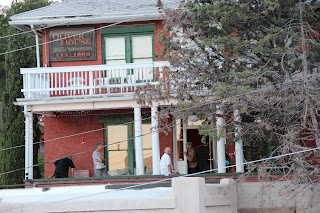 A quick pictorial of my lovely time in Bisbee --

Every trip needs one inexplicable shot. 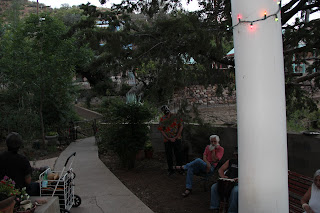 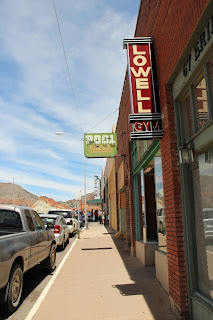 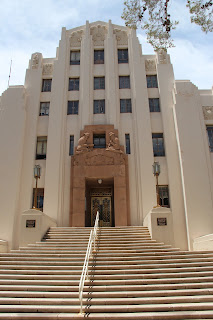 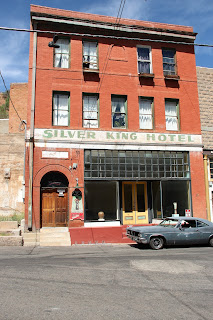 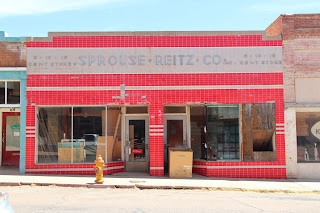 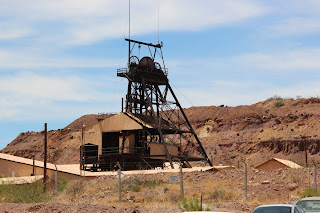 Posted by Cynthia at 4:04 PM No comments: